Why I’m resuming testing cars that are not pure EVs. 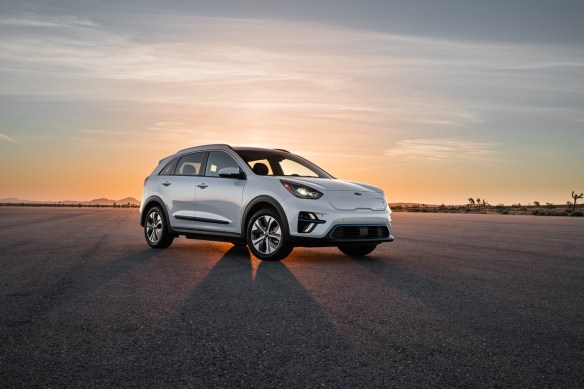 On April 25th of this year, with COVID-19 causing massive lockdowns and cars sitting parked, the skies around the world cleared up! This happy and unexpected news inspired me to declare to the world, in this blog, the following:

I have decided, after 28 years of automotive testing and writing, that I will now test and review only pure, all-electric vehicles. It completes the move away from testing gasoline-only cars that I made after my Climate Reality Leadership Training in August of 2018.

This bold, emotionally fueled statement meant I was giving up on hybrids, including the plug-in ones with chargeable batteries.

Well, since then, I have tested a single car—the delightful if range-impaired Mini Cooper SE. I’ve also had time to think about what is likely to happen in the 2020s. The fact is, regardless of how much I love EVs, barring some miracle yet to happen, they are not going to constitute 100 percent of new car sales anytime soon, except perhaps in Norway. In my home country, the United States of America, there will still be some people who choose not to drive electric, and there presumably will be some manufacturers willing to indulge them if profits can be made.

We don’t need a 100% electric fleet by 2030, as wonderful (and clean and quiet) as that sounds. We need a 50% electric fleet, with an eventual movement to 100% electric new vehicles, with the older ones eventually dwindling away as they are retired or massively disappearing if a program can be devised to do that.

Based on this line of reasoning, there is no reason why some people can’t opt for plug-in hybrid electric vehicles (PHEVs) now instead of BEVs if they need them. And why would they need them? Perhaps they don’t have their own roof for solar and worry about access to public charging. Perhaps they need to drive long distances periodically, which in 2020 only a gas vehicle can do without stops that last under 10 minutes.

Although PHEVs are still saddled with not only a motor but a gasoline engine, fuel tank, radiator, and all that, because they have a chargeable battery, if driven locally within their much shorter range, they can serve nicely as EVs most of the time, only sipping fuel when needed. And that is MUCH better than a gasoline burner, or even a regular hybrid, which switches from gas to battery and back again and can’t be charged. Even a regular hybrid delivers twice the fuel economy of an internal combustion engine (ICE) car, which essentially takes half a car off the road. A PHEV can remove 90%, once again, depending on use.

Do I want to promote PHEVs, then? I’d rather entice someone to buy a BEV, because they are so silent and clean and wonderful, but realistically, we can still have some PHEVs in the fleet in the ‘20s until electric/gas price parity is achieved, the charging network is built out, and the 400-mile battery is invented. Instead of “all-or-nothing” thinking, this means looking at the overall goal of cutting our CO2 emissions in half by 2030 and finding a workable strategy for eventually making the fossil fuel industry history.

Yes, I would like to have a few more test cars, too, although I don’t need one every week. Many exciting electrified vehicles are arriving in the next couple of years that are plug-in hybrids, and it would be a shame for me to miss out on testing those cars.  I need to be able to guide readers to the best transportation solution for them now, and in the future.

For a great example of the wonders of plug-in hybrids, see this story on the Kia Niro PHEV by freelance auto writer Mike Hagerty. I’ll plan to serve up a few PHEV stories myself once I let my test fleets know my change of heart. Stay tuned.