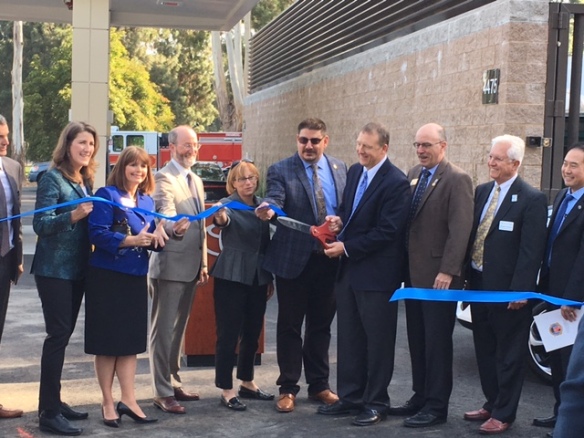 Along with plug-in electric vehicles, hydrogen fuel cell cars have a major part to play in the movement away from the internal combustion engine. The latest fuel cell cars look and perform just like “regular cars,” but the impediment to mass adoption is the still fledgling hydrogen fueling infrastructure.

To help remedy that situation, the State of California is building 100 hydrogen fuel stations. As part of that effort, San Ramon (on the eastern side of the San Francisco Bay) now hosts station #29.

I attended the ribbon cutting event a few days ago and besides admiring the station’s scenic, convenient location just off a major freeway intersection, I heard speeches by and met with numerous people who represented agencies and companies who made this achievement possible. They included representatives from Toyota (maker of the Mirai hydrogen fuel cell car and owners of the land),  Linde (station builder), various California state agencies, and politicians representing the city of San Ramon and the California Senate and Assembly districts. 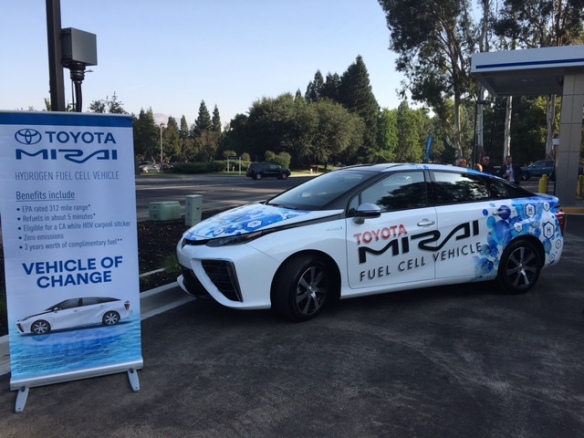 Please read the complete story at Clean Fleet Report. I’ll be testing a Toyota Mirai for a week later this month and will share that here as well.

1 thought on “Another Hydrogen Station Opens”