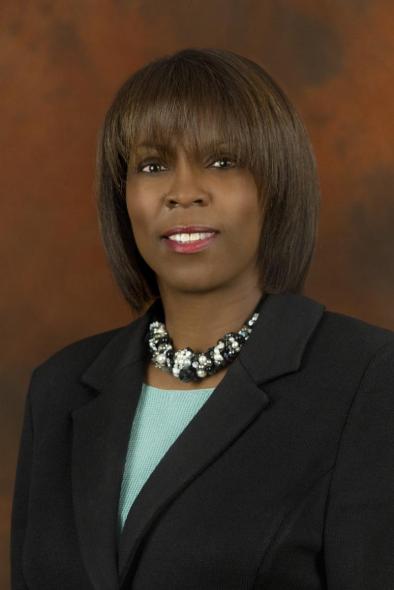 “The global food system is broken.”

That’s what Ertharin Cousin told the audience at The Foster Art and Wilderness Foundation in Palo Alto on a Thursday evening in late September. The event, sponsored by Acterra, featured this renowned expert, currently the Payne Distinguished Lecturer at the Freeman Spogli Institute for International Studies at Stanford University.

Ideally, we should consider the health of the planet and all the people on it, Cousin told us. But we don’t. We are facing two interrelated challenges: How will we feed 9.5 billion people in 2050, and how can we cope with climate change as it throws normal growing cycles and locations into disarray?

Cousin explained that we need to consider the whole picture, including the social, economic, and environmental outputs of food. We have to deal not only with production and human consumption of food but also its disposal. Food is unevenly distributed in the world, and a large proportion of it is wasted.

The World Food Programme, which Cousin ran, distributes food to developing countries, but it is a tremendously complicated, and at times, dangerous occupation.

How is the system broken? According to a recent report, The State of Food Security and Nutrition in the World, 821 million people are undernourished, without a secure source of food, and 150 million children are chronically malnourished—including 35 percent of the kids under the age of 5 in Sub Saharan Africa. Cousin explained that children that are undernourished during pregnancy or the first two years of life will suffer from stunted growth and development. The report above was jointly published by five organizations, including two from the UN, the World Food Programme, and the World Health Organization.

In North America, there is increasing obesity, which causes its own diseases and problems. Now, in other parts of the world, some populations must deal with both starvation and obesity at the same time.

Food production and climate change affect each other. Agriculture and raising livestock produce global warming emissions, such as methane, and nitrogen and phosphorus from fertilizer have negative climate effects as well, as well as contaminating sources of safe drinking water. As the global population increases, more land is cleared for cultivation, negatively affecting the climate by removing trees that can sequester CO2. All this means that areas that are marginal can become unusable for growing crops.

Climate change complicates the food crisis by creating more erratic and extreme weather, leading to more droughts and floods. A climate-change-related loss of biodiversity means that plants and animals have a harder time adapting to changing conditions.

Cousin explained that food waste is the third largest greenhouse gas emitter—about 3.3 billion tons of CO2 and methane a year. In the southern hemisphere, a $310 billion loss can be attributed to problems of spoilage and distribution, while in the Northern Hemisphere, $680 billion worth is partly the result of food that is wasted or is rejected because it’s not “perfect.”

Cousin says we need an interdisciplinary approach. “We need to work as individuals, companies, and nations, because issues of global food security and planetary health are too complex for us to simply make incremental changes.”

Cousin proposes that we actively pursue research and innovation, into soil and seeds, for example. We also need to research and develop more efficient water use and better post-harvest practices.

Some developments are helping. For example, there are new ways to reduce cattle and dairy emissions. One experiment placed seaweed in cattle feed and was found to reduce methane emissions by 30 percent.

Beyond the farming aspect, we need changes in consumer behavior, because customer demand affects what farmers grow—they want to make a profit. New research and innovation in alternate foods can develop new proteins that produce fewer greenhouse gas emissions.

Although there are some areas of the world that struggle the most, we need food safety for everyone, no matter where they live, Cousin advises. “We need to take care of the smallholder farmers,” said Cousin. “Eighty percent of the food in Asia and Africa is grown by these farmers.”

“We need collective action by farmers, academics, citizens, and government,” said Cousin. Governments can make policies that affect behavior. For example, you can get a tax deduction for giving food away to food banks, but if you give it to a group that sells food at a lower price you can’t. That has to change.

Cousin pointed out that there are lots of subsidies for sugar and soybeans—much more than for fruit and vegetables. As part of looking at the whole picture, we need to weigh the tradeoffs, since jobs and livelihoods can be negatively affected when we make changes that seem like the right thing for food and the planet, such as reducing beef or dairy production. People in those industries will lose their jobs.

Cousin says, “We need to decide issues on facts, not emotions.” For example, there are negative implications to transporting food, including generating more climate-changing CO2 from the trucks that bring it—but it can help prevent people from starving. What takes priority?

Cousin brought up an idea that might not seem directly related to food—gender equality. That means equal access to training, capital and inputs for women, which can affect the way food is handled in communities around the world.

“We need international trade policy to create mechanisms to respond to climate change and food security issues,” says Cousin. “We need the right research and data to support contextual policies to meet the real needs of the global community.”

Food security and climate change are complicated issues, and they are interrelated. We must be willing to take collective action to support the health of people and the planet. It’s an enormous undertaking, but every hungry child needs our attention – no matter where they live.

Ertharin Cousin is the former executive director of the World Food Programme and U.S. Ambassador to the UN Agencies for Food and Agriculture in Rome, nominated by President Obama. She is on Forbes’ 100 Most Powerful Women list and was named one of TIME’s 100 Must Influential People.

Acterra’s Mission is to bring people together to create local solutions for a healthy planet.